I'M LATE! I think mom's learn to work with that. Late is just part of our life. So yes, this post is late! I at least got to it in the right month though. :D And this is something that's been on my mind and I felt like I needed to take a detour from my normal posts and share.

I think every kid grows up with that stalwart determination NOT to be like their parent. We're never going to dress like them! Or do that weird thing they do. Parents are old people and old people are not cool. We're going to stay energetic and "in" forever. 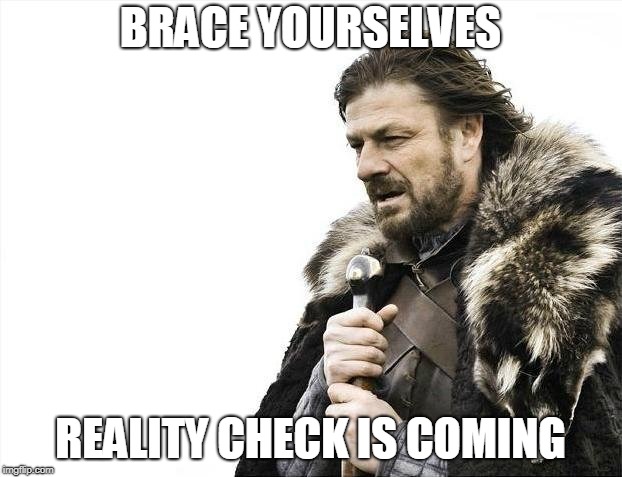 Then I "got old". I've come to believe that any age after 20 is "old" in a sense. I see how much energy kids have and I know I haven't had that since I stepped into adulthood. Things hurt that shouldn't hurt and YES that will get worse as I get older, but that doesn't mean I don't notice them now. We get tired easier, we need those naps we scorned as kids, and accomplishing simple tasks can be very draining.

So here I am. I've arrived at the place my mom was when I was a kid thinking she was so old and uncool. That's a little scary, and also eye-opening.

Taking a step back, I don't normally share family or personal stories on my blog, or on any social media really. So yes, this is a bit unusual for me and I want to briefly share why and how it plays into today's post.

I've enjoyed the show Elementary over the past few years. One of the most powerful episodes for me was one where a young woman's kidnapper is eventually discovered. She was lucky and escaped. The rest of the women were not. But now that she's identified the man who held her, there's a problem. He's a psychopath and people tend to imagine them as the creepy, unkempt homeless people under the bridges. 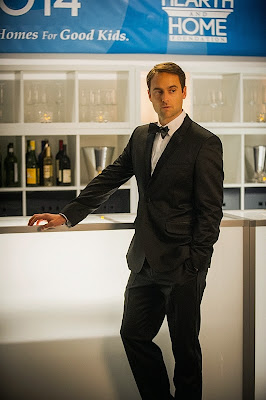 I grew up with "Del". Del was my father. The Del's of the world want, or maybe need, the admiration of people around them. One of the best ways to get a child to dote on you is to play mind games with them that they're too young to understand. Kids are trusting, they're innocent, they want to like people.

My Del liked to set my mother up as the villain and he was my secret buddy! He was on my side! "I don't agree with this, and I think you're right. But your mom says you have to and we have to do what she says or it'll be bad."

Some variation of that was common growing up. Del was on my side. Del would let me do what I wanted if he had the choice. But Del was just as constricted as I was! Poor Del!

I think I might've had an extra dose of "do not want" when it came to thinking about being like my mom. Because as a kid, my mom was not my friend or my ally. She was my enemy. She was the one who said no. She's the one who would hand down unfair judgments. And I knew I was right and she was wrong because Del was a hero and he was an adult and if he said she was nuts he must be right!

At 20 I was working in a small office in a small town when my mom showed up to visit. No other goal, just to talk. She vacuumed my office and helped me tidy up. I wasn't a kid anymore and I'd figured out a lot about Del. In someways I was angry at him that my relationship with my mother hadn't been what it could've been as a kid.

But things were different. I told her that. I have four younger siblings and I said, "They don't get it right now, mom. But they will. They're going to figure it out and they're going to realize you're not the bad guy."

Eight years later, we've all figured that out. There's this crazy moment of looking back at my childhood and seeing it in a different light. Who put up the tree every year for Christmas? Who bought the gifts? Who had the family traditions of making ornaments? Who knew that every summer I'd go out and pick rosebugs off the roses?

I realized that despite having two adults living in my home, that I'd had one parent. One person who corrected me when I was wrong, one person who'd tell me no. One person who cared about every aspect of my health, be it food or what movies I watched. I had one parent that made sure we had sports and hobbies. That we had enough things in life that we didn't realize we were missing a parent.

Mom bought Del's ornament every year because he wasn't interested. Del never knew what we got for gifts until we opened them. Del told us we could watch movies we shouldn't because HE wanted to watch them and he didn't like being alone. Del was the one who'd leave at nights because he was mad.

Even as a kid, I knew mom wouldn't leave. Not even just to drive off for half an hour. Del would leave some nights when mom wasn't home that night and I'm not sure if she knew he left us. Because she probably would've taken us with her if she knew. Del was the one who left five kids and his wife on the side of the highway and never came back.

I remember us getting a ride with a family that stopped and spending the night in a hotel. What I didn't learn until a couple years ago is that mom told Del he could come see us, but she wasn't going to see him. He said no. He asked why he'd want to see us if he couldn't see her.

On top of solo parenting and maintaining a sinkhole marriage, my mom also protected us from knowing how bad Del was. Even at the expense of being the villain in five little kids stories.

Del's of the world are scary and despite enjoying nearly 5 years of a Del-free existence, I do take extra precautions in what I share and where and with who I share it with. I want to keep my family safe from Del. That means if he learns anything about them, where they live, how many kids I or my siblings have, their names, ages, etc. he's not going to learn it from me.

Mom's my hero now, not my villain. So realizing that in a lot of ways I've become her is not the dreadful thing I feared as a kid.

I get it now! I get why mom listened to boring and "uncool" music. It's so her 2 year old didn't walk around saying, "I'm sexy and I know it." Guess what? I still don't like my mom's music, but I listen to it anyway because I care what comes into my kid's lives.

I bought the same books and the same audio cds that I had as a kid because I know they're teaching values I want in my children's lives. And I have an advantage over mom with this! I grew up with this stuff so I have a nostalgic love for it. My mom found it as an adult and probably wanted to choke Charity Churchmouse.

I'm prepared to fight the battle of the clothing and I've definitely hit some records with "uncool" fashion. I don't want my kids to think they have to dress a certain way to be liked or that clothes are sooo important. Not only do  I try to reflect that by making them not take center stage for myself, but when it comes time to say, "Heck no you can't wear those . . . are those meant to be shorts?" I'll be ready. Because I get it now.

My mom's decision to not wear make-up influenced my own. This is not universal as my sisters are like makeup masters, but it did impact me. I couldn't tell you how to apply lipstick properly if it killed me. I don't have the know how to use it, the desire, and yayyy for not spending money on it. My mom didn't fixate on her appearance and I picked that up from her.

I'm not saying make-up or nice clothing is evil. Not at all. It's simply one of those points in my life where I've realized I've "become mom." Her approach to physical appearance has become my own in that weird circle of life.

I'm planting flowers throughout the yard for the kids to find. I'm homeschooling them and teaching them to swim. I've got them involved in sports and we go camping and make campfires in the backyard. I see bits of things my mom did in what I do. I go camping because mom took me camping. That was part of my childhood so now it'll be part of my kid's.

There's plenty of areas in my life that are different from my mom's. We're not the same people and there'll be things I do that she never did and things she did that I won't do. I also didn't marry Del and that means I have a better support system.

I have a husband who does make the Christmas project every year. The husband who does know what the kids are getting for presents. He watches our kids at their events and spends every evening with me instead of sneaking out.

On top of presenting my kids with a healthy life, I'm also confident I'm helping them see what a healthy marriage looks like. Maybe growing up to be me won't be so "NO WAY!" to them as it was for me to be my mom because I'm not being undermined.

I'll never know all the things my mom did to make my childhood easy and there's probably plenty of ways I have become her that I don't even realize.

Becoming my mother helped me understand her better, and I hope she knows that means I thought enough of what she did was important to carry it on for my own children.

Mom's, even if you're the villain for your child now, have faith that someday that'll change. Being Mom is hard, it's tiring, it sometimes feels like a never-ending battle. NO YOU CAN'T HAVE MORE CANDY FOR THE FIFTIETH TIME! But we're not moms because we're selfish. Being mom is about giving. It's about making choices that are right for our kids. It's about being willing to be the "Bad guy" rather than the person who says, "yes" to everything a kid wants.

We learn that stuff isn't important and how to make ourselves better people so the little people in our lives have good role models.

Maybe Mom saw it coming and knew I was going to recant some day, but she deserves at least one "I knew it!"

So Happy Mother's Day to my mom and all mom's out there. What you do matters and you deserve all the appreciation in the world for what you do every day.
Posted by Kristen Kooistra at 9:11 AM No comments: